Director of Communication, Board of Directors 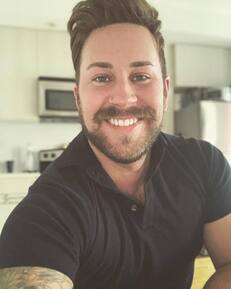 Jake Hitch was born and raised in Northern Kentucky, but has been a resident of Ohio since 2014, as a resident of downtown Cincinnati!  A graduate of Campbell County High School, he attended Northern Kentucky University and graduated in 2011 with a Bachelor of Fine Arts Degree in Musical Theatre, with a Dance Minor.  During his time at NKU, Jake was involved with a local LGBTQIA+ organization, NKY Equality Now, and volunteered with another organization called STOP AIDS CINCINNATI.  Upon graduation, Jake spent some time residing in all different parts of the United States as a singer/dancer.  He returned to Cincinnati at the end of 2013 and turned his part-time barista gig into a full-time career by pursuing a management career.  Jake has served as a Communications Lead for his company's national internal Pride Partner Network, supporting all of Middle-America, for the last two years.
​
Jake is a cat dad of two beautiful, chubby boys- Felicia and Tina Marie.  In his spare time, he enjoys lifting weights, eating carbs, and watching endless reruns of Friends and Will and Grace.
Jake is overjoyed to be a part of Cincinnati Pride's Board of Directors, and he can't wait for everyone to see what is up their sleeves!